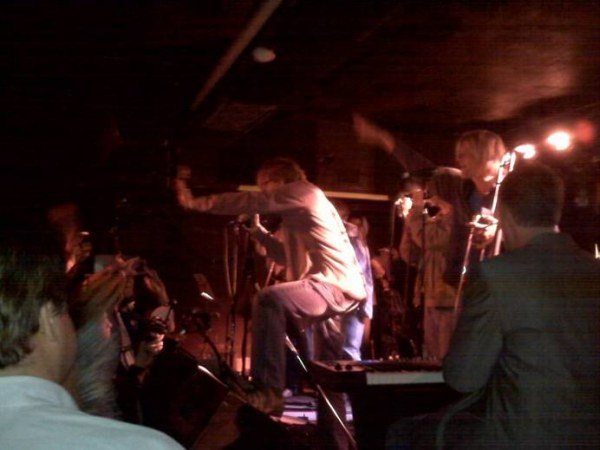 Last week, Mike and I spent a few days in Washington, DC for the annual Future of Music Coalition Policy Summit:

It was a very worthwhile conference and all the presentations I attended were thought-provoking and interesting, and there was quite a critical mass of music and technolgy business entrepeneurs, everyone from Daniel Ek from Spotify, Dan Klein from Detica, Brian Message from Courtyard and Polyphonic, artist managers and visionaries Peter Jenner, Emily White and George Howard, Bob Boilen from NPR Music, and Merge Records mover/shaker Mac McCaughan and Jim Griffin of CHORUSS, among many, many others. Needless to say, it was a great conference even before Al Franken made his well received speech on Network Neutrality, which was followed by a Question and Answer session led by the very able Mike Mills.

The music was also great, with everyone from Wayne Kramer, New Orleans finest Bonearama, Erin McKeown and Ian MacKaye involved. An occasional guest of Bonearama, Mike played the big Monday night show at the Rock and Roll Hotel (see photo above).

All in all, a stimulating and fun couple of days in Washington, and we really appreciated all the work the FMC staff put into making it happen.