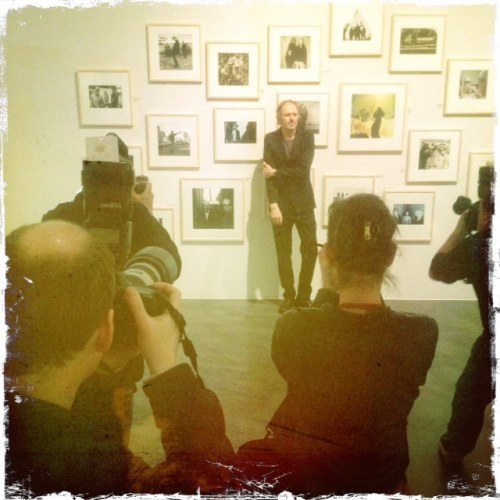 I am in this cultural capitol of Dresden for the R.E.M. Film Project at the amazing museum here. Anton Corbijn is also in town as his exhibit of R.E.M. photography, from 1990 in Athens to 2010 in Nashville, with significant stops along the way in Los Angeles, Rome, Vancouver, St Paul de Vence, New York and Milan, opens tonight and runs through June 10th. Tonight will be the first time all 12 films will be screened in one place at one time, and the showing will also include the two versions of We All Go Back To Where We Belong, so it should be a very special occasion and a fun time for all. And to be here with Anton is quite perfect too since, as Bill Berry put it recently, he always brought out the best in the band. It is sort of Anton Corbijn week in Germany as the documentary Anton Corbijn Inside Out opens this weekend, and I can’t wait to see it. Being here has already brought a special bonus for me as last night I was able to attend the unveiling of the Google Art Project, an ambitious attempt to digitize and make accessible works of art from major collections all over the world. I had heard about it but to see it in action, especially the technical capabilities of such high resolution photography/reproduction, was really eye-opening. Check it out.

PS: click on the thumbnails below to enlarge. Photos of Anton at his R.E.M. photograph exhibition.

caption for You Tube photo: Bertis trying to show the Google executives the R.E.M. Film Project at the Google Art Project event– dispute in the German legal realm makes that . . .impossible. in 2012 – sub-optimal