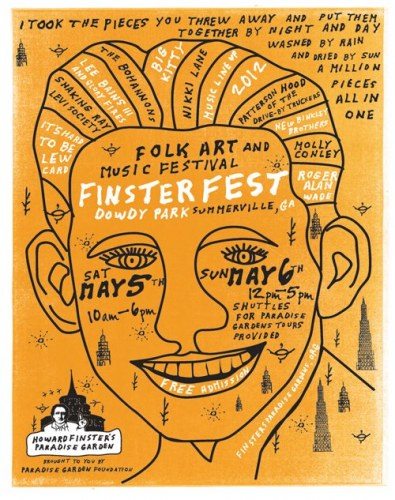 Bertis was in Dresden this week for Filmfest Dresden, and we’ve posted a great photo gallery of shots from there as well as from Anton Corbijn’s exhibit of R.E.M. photographs: “R.E.M. Seen Between 1990-2010.” Check it out here!

Record Store Day is this Saturday, April 21, and in addition to encouraging everyone to go out and support their local independent record store, we wanted to mention that Patterson Hood & The Downtown 13 (including Mike Mills, members of Widespread Panic, and other great Athens’ musicians) have a 7″-single available for their protest song, After It’s Gone. The single, written and recorded in response to a proposed big box development in downtown Athens, Ga., is out on ATO records and includes a b-side by Hood titled “unspoken pretties.” Paste Magazine lists “After It’s Gone” as one of their albums you should buy on Record Store Day. The song was also recently mentioned in the Chicago Tribune. Go out and support your favorite indy store and look for “After It’s Gone.”

The 4th Annual Will Rock 4 Food is also this Saturday night in Athens. This family fun event helps raise money to support the Food 2 Kids Program and features some great bands.

In addition to their live event, Will Rock 4 Food has put all of their Silent Auction packages online. There will also be raffle packages the night of the concert along with these Silent Auctions items. You can check out willrock4food.org for further details.

FUTUREBIRDS SET TO FLY AT THE GEORGIA THEATRE

One of our favorite bands and all-around nice guys, Futurebirds, are playing at the Georgia Theatre on Saturday night. These guys did an amazing version of the rarely-if-ever-played “The Sidewinder Sleeps Tonite” at the “Part Lies…” listening party back in November 2011 which blew many of us HQers away. The Saturday show promises to be one of the must-see gigs of the spring. Futurebirds also has a Record Store Day release called Seney-Stovall, a collection of eight spirited live tracks hand-picked from that show and pressed onto vinyl at United Record Pressing in Nashville, TN. Learn more at futurebirdsmusic.com and grab some ticketshere to the Georgia Theatre show before they’re all gone.

Here’s a very important message we’d like to pass along from our friends at the Future of Music Coalition regarding Public Radio Month:

There’s no way to not know that FMC are HUGE supporters of public and noncommercial radio. From our fight to expand Low Power FM service to our working with tons of amazing musicians to make the case for the continued funding of public broadcasting, we’re always ready to go to bat for the noncommercial side of the dial.

And we’re not alone. Currently, musicians and music fans of all stripes are showing their support for Public Radio Music Month, which takes place throughout the month of April. Check out the official Tumblr to see how artists and station are coming together to celebrate how much public and noncommercial radio means to the music community.

The love runs deep in the music community. Earlier this month, 98 artists — including the Black Keys, Andrew Bird, Dave Matthews and more — sent a letter thanking public radio “for taking chances” on new music and new sounds. Check it out here.

Last but not least, have a look at this blog post from our good friend, musician and entertainment lawyer John P. Strohm (Bon Iver, Alabama Shakes), where he talks about how public radio shaped his entire musical existence.

Finster Fest 2012 is May 5th-6th this year and in addition to its celebration of the legacy of Howard Finster includes a great musical lineup headlined by the amazing and ubiquitous Patterson Hood. The concert is held in an effort to raise funds for the visionary folk artist’s awe-inspiring property Paradise Gardens (see the video for “Radio Free Europe” below for more context). Learn more about the event and the gardens at finsterparadisegardens.org.