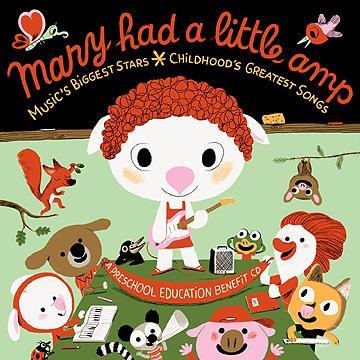 On October 5, Epic Records will release Mary Had A Little Amp, a special collection of songs including “We Walk” by R.E.M., to benefit People For the American Wayâs Project Kid Smart and Start Smart America. Both projects are working to ensure preschool education for all American children.

In addition to “We Walk,” Mary Had a Little Amp features new takes on childrenâs classics like a rare version of Graham Nash singing âTeach Your Children,â the Dixie Chicksâ new rendition of âRainbow Connection,â original songs by Moby and Rosanne Cash, contributions from Jack Johnson and Maroon 5, and unique collaborations between Lou Reed and Laurie Anderson.

Project Kid Smart Director Julie Burton says, âWe thank all of these amazing artists for using their voices to call attention to the need to make preschool education a national priority and to make sure all kids have the best beginnings possible.â

REMHQ encourages you to support your public schools and People For The American Way.