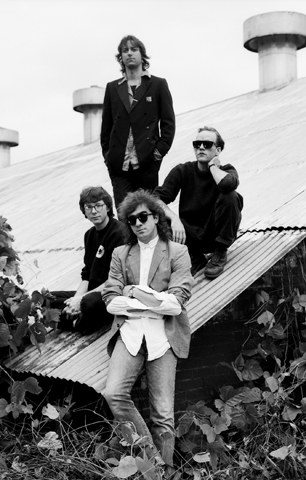 This week has seen a good campaign for the special 25th year anniversary edition of one of the band’s pivotal records– sometimes underrated coming as it did in between the end of the IRS era– Document— and the one-two punch of the early 90s international bestsellers Out of Time and Automatic for the People. But Green’s definitely held up well over time and over the years even some of the lesser-known songs became tour standards and surprising crowd-pleasers–I always wished the guys would play Turn You Inside-Out more often, but when they did, it was s show-stopper. As were, in totally different but equally powerful ways, You Are The Everything and World Leader Pretend. And to show how strong Green was, song for song, although it was one of only two R.E.M. records to place 4 songs on the career retrospective Part Lies, Part Heart, Part Truth, Part Garbage, none of those 3 songs were even on the “Best Of.” That’s a strong record in anybody’s catalog, and might help account for the reviews we’ve been reading the past couple of weeks, which has of course been fun (Patterson Hood even remarked that the 25 years-on reviews have been stronger than the ones when the thing was released, and I think he is right).

My main memories of the recording process at the time, Scott Litt’s second record with R.E.M., were that Memphis was cool– working at the iconic Ardent amidst the Big Star atmospherics, and then at just as iconic Bearsville, which was really cold there and the band learned a lesson– don’t record at cold places in the winter months. But it turned out more than well– one of the band’s best and wonderful to hear the songs again, remastered and with the Greensboro show from the very end of the tour included as a bonus disc– the 1989 tour was long, fun, tiring and ended in Macon, home of Bill and Mike. Then came a cool coda show for charity at the old Thanksgiving standby The Fox Theatre in ATL, where all of MURMUR, then all of GREEN, then a free-wheeling encore, and then everybody finally went home for a while.