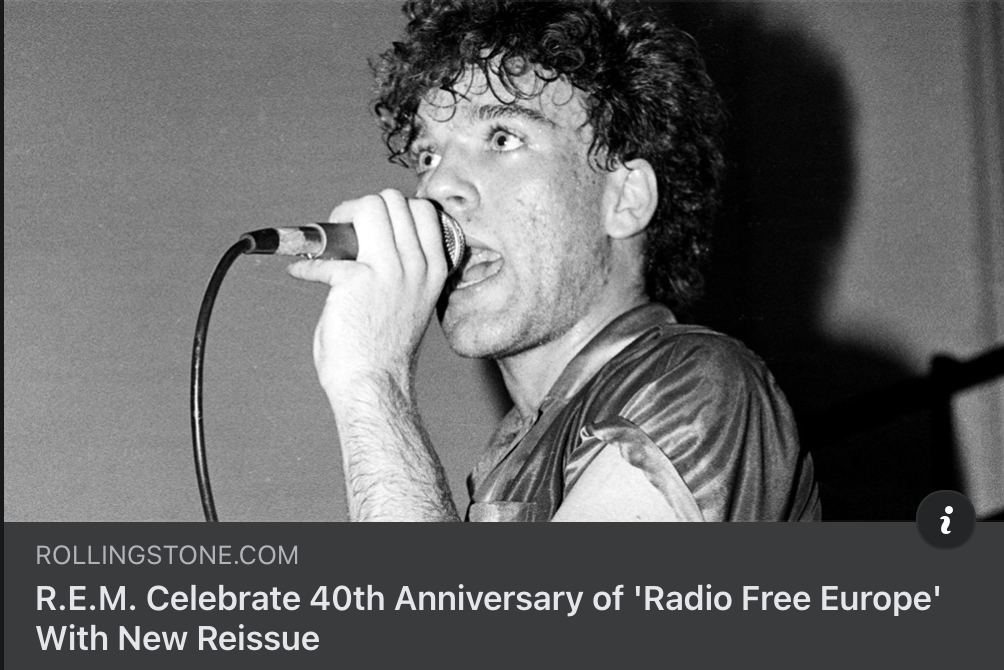 “It’s the ultimate rock and roll origin story: Four guys walk into a garage to bang out a record.” – Rob Sheffield In this in-depth look at the making of “Radio Free Europe” Rob Sheffield catches up with producer Mitch Easter who remembers “the debut single that changed the world in 1981,” now available in its original form for the first time in decades…Read the Rolling Stone articlePreorder the reissue of the “Radio Free Europe” Original Hib-Tone Single here.