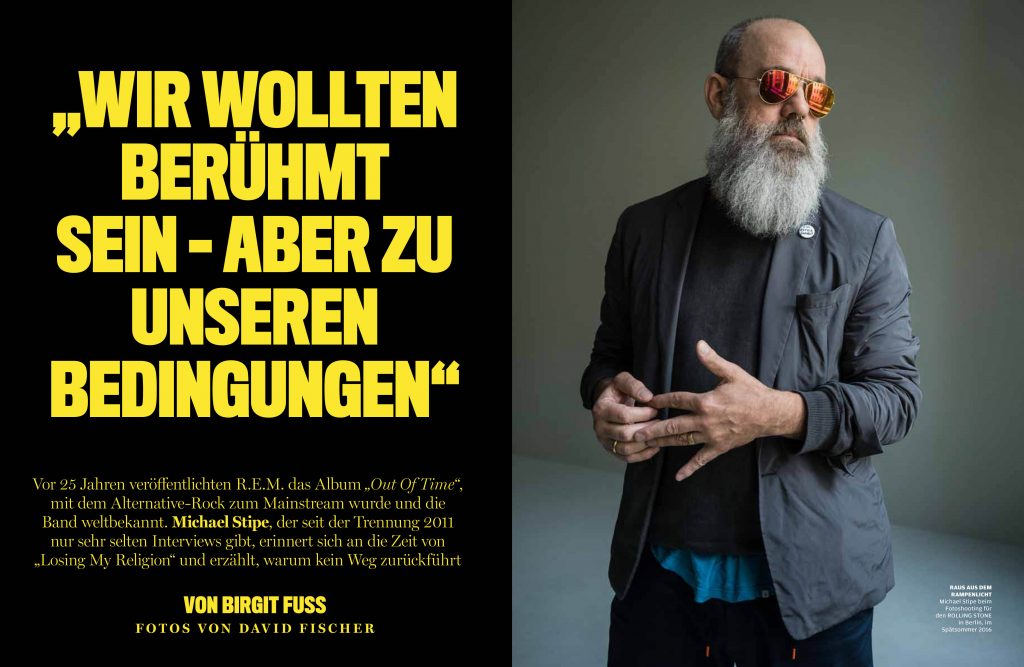 “We wanted to be famous – but on our own conditions!”

Birgit Fuss of Rolling Stone Germany interviews Michael for the latest issue’s cover story on Out Of Time (including a 7″ cover mount single):

25 years ago R.E.M. released “Out Of Time”, the album that turned alternative rock into mainstream and the band into worldwide superstars. Michael Stipe hasn’t been talking much to the press since they split up in 2011, but in this exclusive interview he remembers that time in the early nineties, “Losing My Religion” and the impact it had – and lets us know what’s ahead.