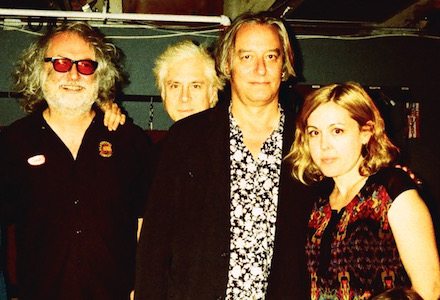 Said Filthy Friends: “We wrote ‘Despierta’ a couple of years ago, before Trump announced his candidacy, as a sort of forecast for where the country might be changing culturally and politically. The reality of the Trump campaign has been much uglier and disheartening than any scenario we had imagined. We hope with all our hearts that we will be saying “Adios” to Trump come election day.”

R.E.M. previously kicked in a live version of “World Leader Pretend” for the cause early last week which you can hear at the same site.

30 Days, 30 Songs is a voter initiative website adamantly opposed to all-things Donald Trump and hopes these songs will draw attention to the importance of making sure he’s NOT elected president of the USA.