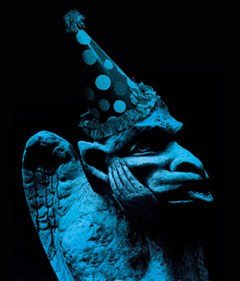 Here’s a quick roundup of some of the latest happenings in this week’s R.E.M. news cycle:

Slicingupeyeballs.com celebrates the 30th anniversary of Chronic Town with an hour-long concert from 1982. Listen here.

FIND OF THE WEEK

Today’s find is from some old files from the 80s– hmmmh wonder what tour this was for . . . !? I seem to recall a show that looked kind of like this at Legion Field next to the pool in Athens.

Neat to see Michael’s visual mind at work– all these years later.

Check out the full article on the Find of the Week here.

Automatic For The People has long been revered by R.E.M. fans and critics alike, so when Weeping Elvis released a “best of 1992” poll this week, it wasn’t so much a matter of “If” but “where.” Check out the new poll and see where AFTP lands.

As we announced two weeks ago, a new U.S. Embassy music project will pay tribute to the songs of R.E.M. and will highlight environmental issues in the process. The U.S. Embassy in Slovenia will follow last year’s popular Bob Dylan music project with Projekt R.E.M.: Pure Energy Music, due out on September 8. Projekt R.E.M. features 16 songs by 15 popular artists, all covering classic R.E.M. songs. The project will be dedicated to raising awareness about environmental issues, and will highlight the work of many Slovenian environmental groups.

A major, free concert at Kongresni trg on September 8 will coincide with the release of the project’s music CD. We’ve also just learned that a video will be released with the project. Read more here and stay tuned for more updates.

Chicago’s Metro was recognized in the Illinois State Legislature on August 2nd for 30 years of playing host to great music. The statement of recognition, presented by Rep. Mike Quigley, makes reference to a “little-known band from Georgia” who played the first performance at the new venue back in 1982.