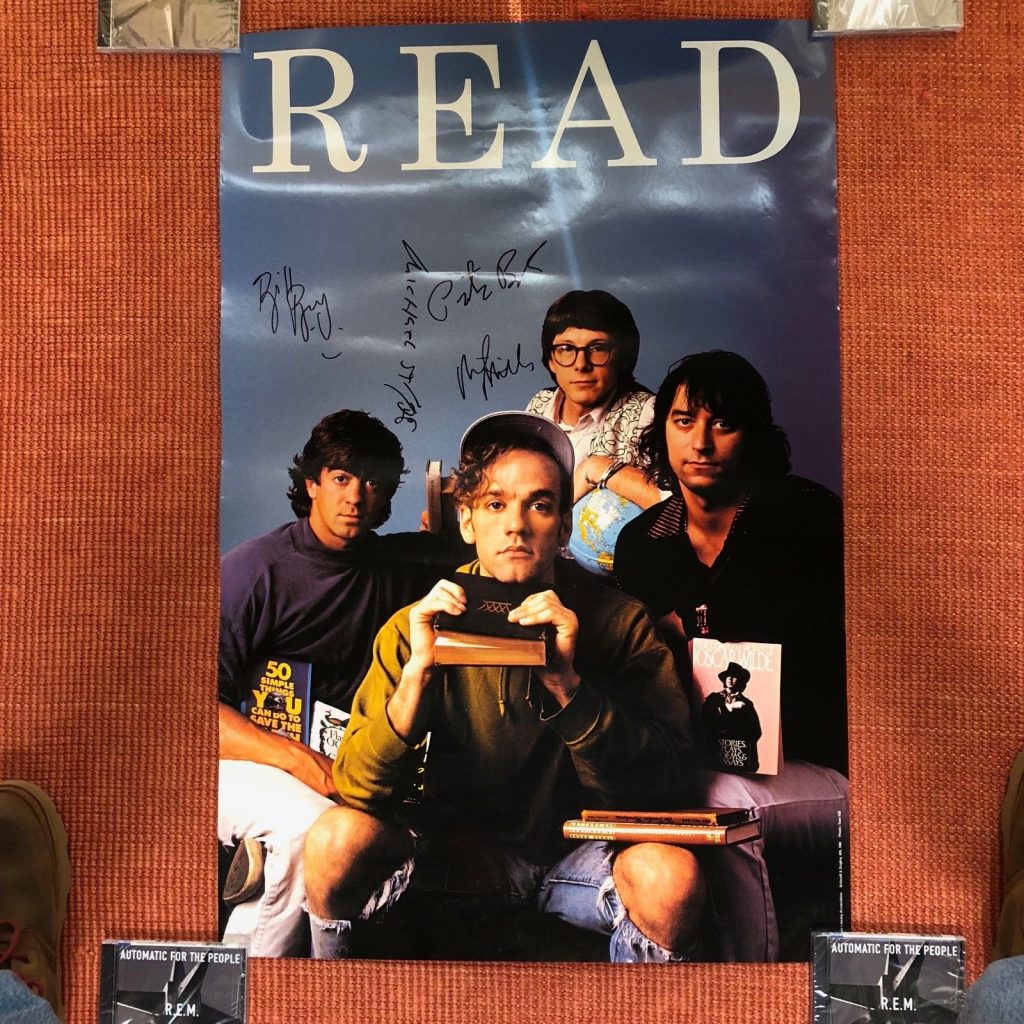 Help the Hoople Update: Still time to bid on the two remaining R.E.M. items in the Help the Hoople online auction to benefit Scott McCaughey, but you’ll need to act fast.

Less than 24 hours to go on the the rare autographed READ poster from 1990 (pictured).

The window to bid on Peter’s prized Prada polka dot shirt (which he wore for over a decade on stage as well as at the band’s induction ceremony into the Rock ’n’ Roll Hall of Fame) will close in just over two days. Bid here: http://ebay.to/2EagGOx

Consider bidding on some of the other items in the auction as well at this link: http://ebay.to/2EgQkub

Finally, tickets have almost sold out for both nights of the benefit concerts on Jan. 5 & 6 in Portland. Here’s a link for more info on that: http://www.helpthehoople.org/