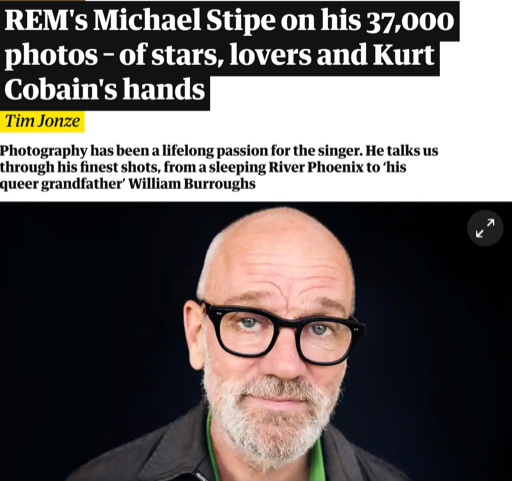 From the Guardian: ‘It was dismissed as a hobby, which was a bit diminishing,” says Michael Stipe. “It meant a lot more to me than that.”

He’s talking about his photography and the way the media ignored it during his time as the frontman of REM. There is, admittedly, something amusing about his gripe: there he was, playing shows to packed stadiums, helping to write generational anthems and singing them with a voice as beguiling as pop has produced – and nobody wanted to talk about his photos!

Read the full article at http://bit.ly/michaelatguardian