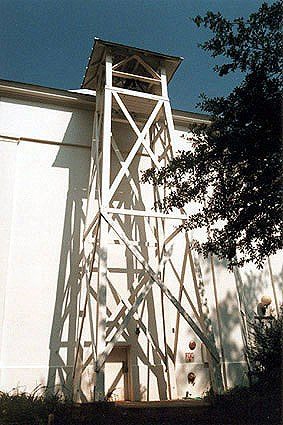 A University of Georgia alumni group has produced a :30 public service announcement that will air during the school’s televised sporting events beginning this fall. The theme of the PSA centers around the iconic Chapel Bell on the University’s historic North Campus. The Chapel Bell has a storied history on the campus and is often rung following UGA football victories, weddings, completion of final exams, and other momentous occasions. The PSA’s soundtrack is “Oh My Heart” from R.E.M.’s 2011 release COLLAPSE INTO NOW.

When asked about the decision to participate in the PSA, Bertis said, “The enthusiasm of the filmmakers, the resonance of the song in the film, and the band’s love and respect for Athens–those were all factors in our decisions. As alumni ourselves, we’re proud of the PSA and feel the song really complements the film’s emotion and imagery.”

Special thanks from all of us here at REMHQ to Mike Martin and his team for their excellent work on the video. Find out more at facebook.com/UGAchapelbell.