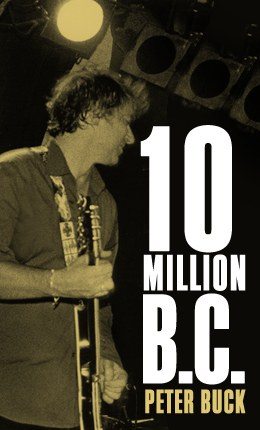 If you didn’t catch it earlier this week, listen to 10 Million BC from Peter’s forthcoming solo record (due out in the fall):

This weekend during Athfest two guitars are being auctioned/raffled for two very worthy causes. One of the guitars, donated by Gretsch, is signed by Patterson Hood and members of the Downtown 13 including Mike Mills, members of Widespread Panic, and the Drive-by Truckers. Visit the auction page to check out the amazing Gretsch guitar proceeds of which will go to support AthFest Educates! As in years past, the funds raised through this auction go towards local music and arts education.

Also on Saturday, June 23rd, a second guitar will be raffled which should catch the attention of grunge fans everywhere. Tickets for this custom-built Alice in Chains autographed guitar can be purchased at Wuxtry or in the Clarke County Mentor Program office at the Chamber of Commerce building. Proceeds benefit the Athens Mentor Program. For more information, call 706.549.6800, ext. 227

The Baseball Project is set to tour the USA this summer with ten dates scheduled in various locations beginning with a July 5th opener in New York City at the City Winery. Scott McCaughey says, “It’s truly one of the joys of being in The Baseball Project that we have the chance to play an amazing and very wide array of gigs. This summer’s run takes us from Rick Wood’s living room in St. Louis (we had such a good time there last year that we just had to come back) to the field at Fenway (and across the street for a set between games of the doubleheader that day) and over to lovely Cape Cod to make up the show that was washed away by Hurricane Irene last Summer. Oh, and did we mention that we’re going to be singing the National Anthem at Fenway Park on Saturday, July 7, right before the Red Sox take on the Yankees. Did we mention that?”

The exhibition Who Shot Rock & Roll: A Photographic History, 1955 to the Present makes its only West Coast stop at the Annenberg Space for Photography in L.A., opening on June 23rd and running through October 7, 2012. The show, which originated at the Brooklyn Museum, features the work of over 100 photographers and is the first major museum exhibition on rock and roll to spotlight the creative and collaborative role that photographers played in the history of rock music.

Laura Levine, whose photo of the band will be included in the exhibit, writes, “I hope you get a chance to check it out during the run – it’s a great show. The exhibition includes two of my favorite portraits, Bjork, Woodstock, NY, 1991 and R.E.M., Walter’s Bar-B-Que, Athens, GA, 1984.”