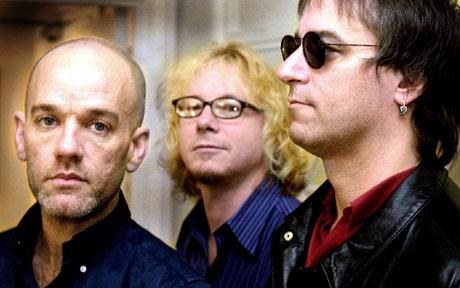 The band joined with MoveOn.org and a diverse group of musical artists earlier this week to press the FCC to write regulations that will prevent telecoms from asserting control over the flow of information. Find out more about MoveOn’s efforts to defend the Open Internet…

The Sidewinder Sleeps Tonite contains the song lyrics most frequently misheard by listeners according to a recent survey reported on by the Telegraph in the UK. See what other songs are included in the survey here.

LOSING MY RELIGION ON GLEE

Fox TV’s smash program Glee is in the midst of its second season, and, as we reported earlier, episode 3, which airs on October 5th, will feature a performance of Losing My Religion. Cast member Cory Monteith reflects on his excitement about doing an R.E.M. song in this article at digitalspy.com…

Tired Pony will be playing shows in NYC and LA the first week of October. Visit their website for ticket information:

Tired Pony recently released the second single from their debut album The Place We Ran From; you can listen to “Get On The Road” at Tiredpony.com.

Finally, if you’re in Athens during the next 9 nine days, be sure to check out the EcoFocus Film Festival which will run from September 24th – October 3rd.