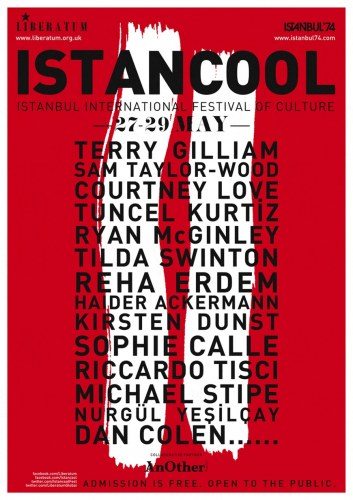 Michael’s interview with Studio 360 airs this weekend on NPR stations. Listen as Michael discusses the Collapse Into Now Film Project as well as some of the stories behind the songs. Studio 360 says, “Stipe tells Kurt Andersen some of the stories behind the songs on the album: rediscovered scribbles in a notebook, an imaginary conversation with Neil Young, a drunken ramble through Manhattan. The reluctant pop star admits that performing in front of tens of thousands of fans has allowed him be a little didactic. But he insists he remains painfully shy — he calls his decision to pursue music at 15 ‘the most courageous act in my life.'”

For more information on Michael’s interview, check local listings for a time in your area; the schedule at studio360.org provides all you need to be in the know.

Michael travels to Istanbul next week to participate in the second annual Istancool Festival, May 27-29. He’ll be there to discuss the Collapse Into Now Film Project on May 28th at 1PM. Istancool’s website says, “Michael Stipe presents his “Collapse Into Now” film project — A series of short films made by artists including Sam Taylor Wood and Sophie Calle to accompany each of the songs on R.E.M.’s most recent album.” Read more here.

In a recent post we mentioned the fact that the band has teamed with Capitol/I.R.S. for the July 12 release of an expanded 25th Anniversary 2CD and digital edition of Lifes Rich Pageant. The new edition features the digitally remastered original album, plus 19 previously unreleased demo recordings cut prior to the album’s studio sessions. If you missed the press coverage coinciding with the original announcement we’ve included some of those links below with a recent mention from our friends at Flagpole.com at the top of the pile: