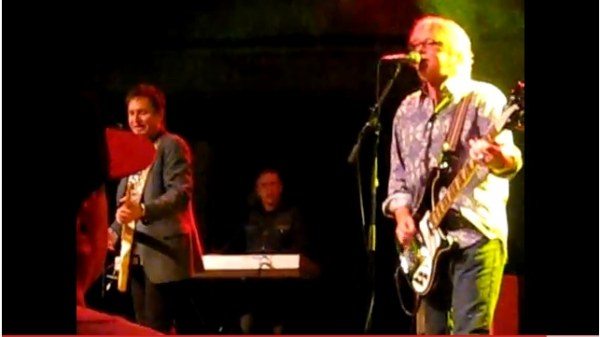 As we mentioned late last week, Michael is in Istanbul this weekend for the Istancool Festival where he will be presenting the Collapse Into Now Film Project. Also in attendance are directors Sophie Calle (“Walk It Back“) and Sam Taylor-Wood (“Uberlin“) who both participated in the CIN Film Project. For more information about Istancool’s schedule please go to Istancool’s site.

THIS IS NOT A SHOW AT BARCELONA FILM FEST

And speaking of film and festivals, Vincent Moon’s excellent music documentary This Is Not A Show chronicling the band’s five-night residency at Dublin’s Olympia Theatre in 2007 will be showing at the In-Edit film festival in Barcelona next month on June 19th. Visit In-Edit’s site for all the details.

MICHAEL STIPE: A MAN OF MANY HATS

In case you missed this German fashion feature on Michael a couple of weeks ago, here’s an encore performance. Click here to check it out.

MIKE HITS THE ROAD WITH THE BASEBALL PROJECT

The Baseball Project’s extended road trip got underway last night in Minneapolis at the Varsity Theater. This time around, Scott, Steve, and Linda will have power hitter Mike Mills in the clean-up spot, substituting for Peter Buck. If you didn’t catch the BP on their spring training tour, here’s your chance to see them on their early summer tour. Last night, the BP played “(Don’t Go Back to) Rockville”:

Good friend Kai Riedl (Macha) has a new project called Our New Silence in the works which pairs a wide array of recorded traditional music from the island of Java with the stylings of an all-star cast of musicians with strong ties to Athens, Georgia. As is the case with all of Kai’s efforts, this is shaping up to be a unique, unparalleled endeavor, and he and his fellow collaborators are asking for help in bringing the project to fruition.

Here’s what Kai has to say about Peter’s involvement: “We created a unique track out of Indonesian field recordings and instantly I thought how Peter’s classic touch would add a great element to the song. He recorded the guitar in Portland, and at the same time Scott laid down a touch of electric piano, both of which rounded the song out beautifully”

Visit indiegogo.com to learn more about this great project.