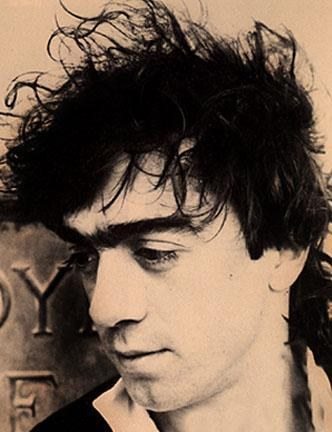 As we reported in this article yesterday, a very special limited edition pre-order of Michael’s photo diary TWO TIMES INTRO: ON THE ROAD WITH PATTI SMITH is now available at akashicbooks.com. This limited pre-order (200 sets total) includes one hardcover copy of “Two Times Intro” by Michael and a beautiful, one-of-a-kind photograph on heavy cardstock, signed by Michael, limited to 200 individually numbered copies. The image, taken by Michael, is of Patti Smith in New Orleans, at the Joan of Arc Statue, in 2010; it was shot while R.E.M. were recording COLLAPSE INTO NOW.

Click on the Patti Smith banner on the right hand side of this article for more information.

****REMHQ WOULD LIKE TO WISH BILL BERRY THE HAPPIEST OF BIRTHDAYS THIS SUNDAY, JULY 31!!****

MIKE’S INTERVIEW WITH “JUST OFF THE RADAR” AIRS SUNDAY

Mike’s interview with “Just off the Radar’s” JoE Silva will air Sunday, July 31st at 4pm ET. Be sure to tune in at shoutcast.com.

Check out these reviews of the Lifes Rich Pageant 25th anniversary reissue at Blurt-online.com and Austinchronicle.com.

HISTORIC HALL IN ATHENS UNDER THREAT

While we just celebrated the 25th Anniversary of Lifes Rich Pageant with the release of a remastered album and 19 Athens Demos, we’re sad to say that another type of demo is currently making news in our fair city. The University of Georgia is currently giving serious consideration to the demolition of one of its most notable 20th Century buildings: historic Rutherford Hall, a beautiful red-brick dormitory built in 1939 in the heart of the school’s campus. The story of the proposed demolition has started to receive attention on a national level which has sparked an outcry from disapproving alumni who feel the University should do everything in its power to preserve Rutherford. The band agrees with this sentiment. R.E.M. has long supported historic preservation efforts in Athens, and we concur with our friends at the Athens Clarke Heritage Foundation who, along with the the UGA Student Historic Preservation Organization, the Georgia Trust for Historic Preservation, and the National Trust for Historic Preservation, have come out publicly against the plan.

In addition, there have been some strong grassroots efforts that have sprung up. A UGA alumna and past-Rutherford resident started a Facebook page, Save Rutherford Hall, which, if you are on Facebook, you can join here.

And, a group of alumni, students and employees have posted an online petition at thepetitionsite.com

For more on the proposed demolition, please read today’s article in the National Trust’s