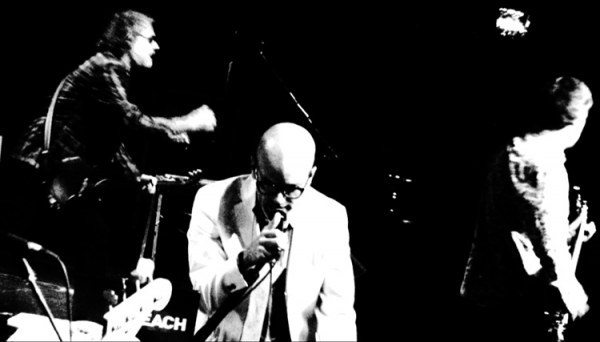 We’re in the final stretch leading up to the release of Live At the Olympia (due out October 26th internationally and October 27th stateside). As announced earlier today, Mike Mills will be Xfm’s guest host this Sunday, when, beginning at 8pm UK time, he’ll be playing tracks from Live At the Olympia. You can tune in if you live in London or Manchester or listen to it online here.

LIVE AT THE OLYMPIA reviews are already coming in. The Irish Times lists “Live” as their ALBUM OF THE WEEK and the Independent UK gives it 4 out 5 stars. And while we’re on the subject of reviews, here is a great one of This Is Not A Show. In another bit of exciting news, you can now view the trailer for “TINAS” in HD. In case you haven’t seen the amazing Special Edition Box Set visit remdublin.com where it’s also available for pre-order.

NPR.org is currently hosting an exclusive “First Listen” of LIVE AT THE OLYMPIA. You can hear all 39 tracks in all their glory up until release date. Also of note, NPR’s Guy Raz will be interviewing Michael this weekend on All Things Considered at approximately 5:45 p.m. ET. We’ll post a reminder in the news…

European fans and current Spotify users should be sure to check out this great opportunity to win an autographed item by the band. All you have to do is ENTER YOUR R.E.M. PLAYLIST AT SPOTIFY in the Spotify/Share my playlist contest…

Big applause for our friend and colleague Klaus Hoffman for helping put together what evidently was a barn burner of a screening of TINAS in Vienna earlier in the week. Klaus was kind enough to translate the following report about the screening from derstandard.at, which, along with Warner Music, co-hosted the screening:

Two days before its official release Vienna’s Votiv Kino saw the exclusive premiere of R.E.M.’s CD/DVD “Live At The Olympia”, presented by Warner Music and derstandard.at.

All one needed to be on the guest list was a short explanation as to why people thought they belonged there and some luck for the drawing. Premieres took place in Brazil and North America, also, with the one in Vienna being very special to the band.

This is why the band’s official homepage featured a link to derstandard.at’s competition and why Klaus Hoffmann, Marketing Director Warner Music Austria, could read a letter from Bertis Downs, the band’s manager, to the auditorium. The band did not manage to take part in the screening. This is something that standard.at user Vivor recognized as one of the band’s qualities, though: “You know, they might really be here at the premiere”, he said, “they’re superstars but not too aloof to maybe join us.”

Some of the motivations given by fans why they should attend were highly inventive. From R.E.M. serenades in the desert to deep eye contact to the sound of R.E.M. at age 12 there was a broad range.

Eugen Banauch has already seen the band live on two occasions: “Once I happened to be in New York on business and managed to catch them the day after the re-election of George Bush. You could tell they were enraged then as they had supported Kerry strongly.

Several long-time fans were amongst the audience, too. Such as Petra, who has been a fan of the band from Athens, Ga., since 1989. Before the premiere finally kicked off some CDs and the band’s Warner Bros. catalogue were given away as prizes.

The fans were not treated to a traditional live show – the title “This Is Not A Show” was the manifesto saying it all. The DVD was filmed over five nights at Dublin’s Olympia Theatre, the purpose of which was to rehearse new songs in public. Directed by Vincent Moon and Jeremiah the DVD suprised fans with unusual camera-angles and the sophisticated interplay between light and shadow. After the premiere fans discussed and analyzed the various interesting renditions of the songs at length. During the DVD’s 59 minutes seven songs off the current (studio)album and two unreleased ones can be seen and heard, amongst others.

Check out this slideshow from yesterday’s screening.

Finally, if you’re a regular visitor to the site, you’ve most likely seen the “Gitmo” flash banner. You also have most likely heard about the band’s involvement, along with several other bands and musicians, in calling for the immediate closure of GITMO. The musicians have also launched a formal protest of the use of music used in conjunction with torture that took place at the prison and other facilities and announced they would seek the declassification of all secret government records pertaining to how music was utilized as an interrogation device.

“We signed onto the campaign in complete support of President Obama and the military leaders who have called for an end to torture and to close Guantanamo. As long as Guantanamo stays open, America’s legacy around the world will continue to be the torture that went on there. We have spent the past 30 years supporting causes related to peace and justice — to now learn that some of our friends’ music may have been used as part of the torture tactics without their consent or knowledge, is horrific. It’s anti-American, period.”

Here are some particularly salient articles which have shown up in the press following the announcement yesterday: