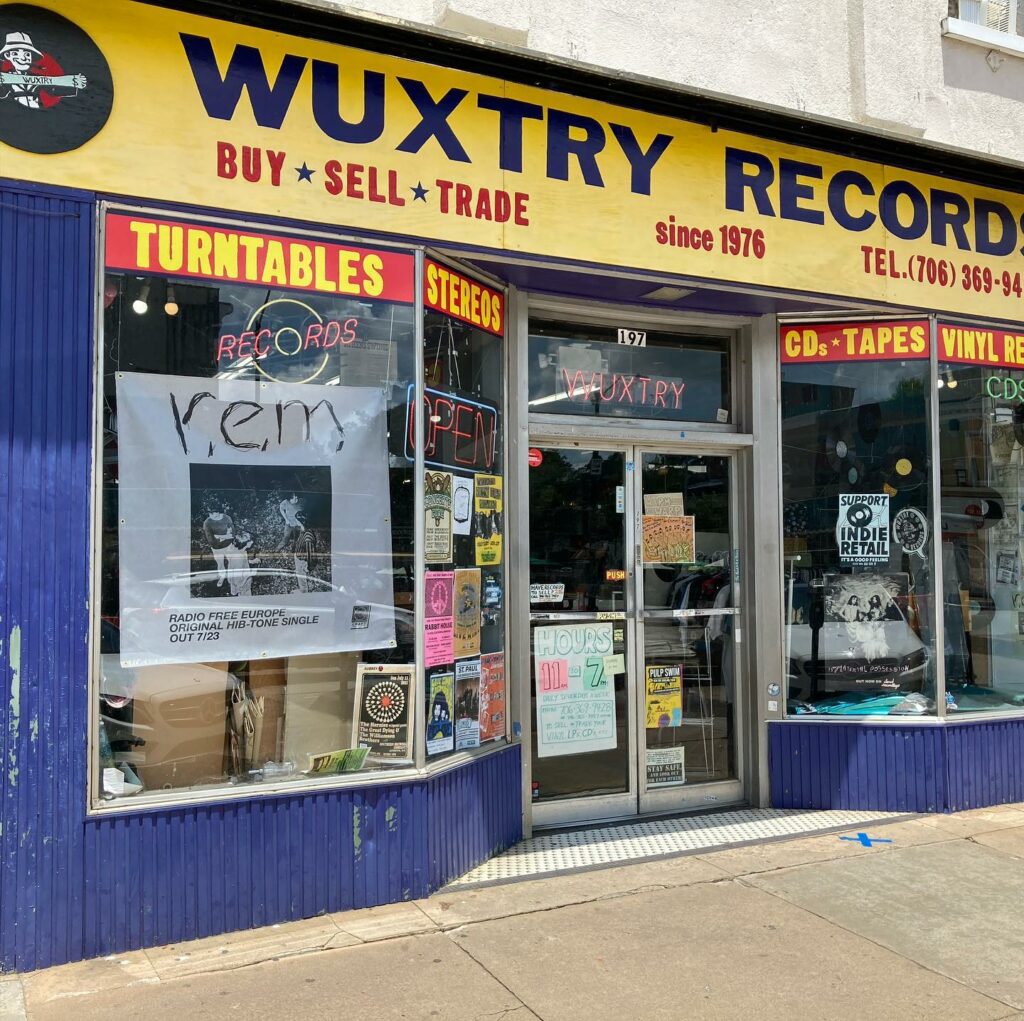 Hometown heroes Wuxtry Records have a special event planned on July 22nd in celebration of the 40-year anniversary reissue of the “Radio Free Europe (Original Hib-Tone Single).” If you’re planning to be in Athens that night, you won’t want to miss Wuxtry’s “Return to the Midnight Sale.” Here are the details:

Wuxtry Records has long had a history of association with the early days of R.E.M., having hired Peter Buck in 1978 and serving as the catalyst for the fateful friendship forged between Buck and Michael Stipe.

We will be acknowledging this four-decade milestone of the famous Hib-Tone single with a throwback of our own: a return to the MIDNIGHT SALE.

Here’s how it works:

Anyone who stops into the store and prepays for their copy of the reissued seven-inch will get admission to the party that will kick off at 11pm on Thursday, July 22nd and will feature complementary pizza & beverages while Wuxtry projects on the big screen footage of REM’s debut performance in Atlanta, captured at the 688 Club in early 1981 by the camcorder of Wuxtry owner Dan Wall.

There will be raffle prize giveaways between 11pm and midnight, items including limited edition R.E.M. posters, t-shirts, and a special R.E.M. cassette player and faithful reproduction of the three-song 1981 demo tape.

When the clock strikes midnight, everyone present will receive their copy of the Hib-Tone single.

We’d like to thank everyone who has supported our store for over forty years and all the R.E.M. fans from far and wide who have made their pilgrimage to Athens.

This was the record that started it all and we are extremely fortunate that people have not forgotten its impact.