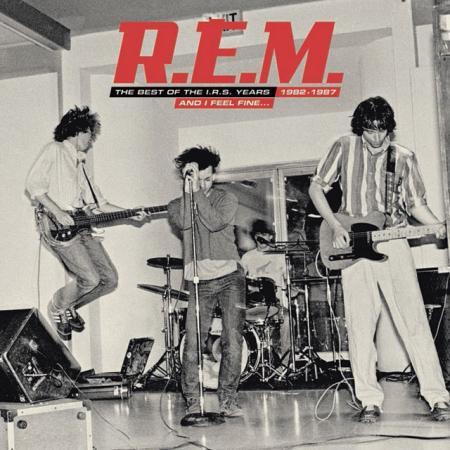 On September 12th, EMI will release the first comprehensive CD and DVD anthologies of R.E.M.’s 1980s I.R.S. Records catalog. The CD will be called And I Feel Fineâ¦The Best of the I.R.S. Years 1982-1987 and will be available in 2 formats: a 21-track single-disc collection of hits and band/fan favorites and a 2-CD Collector’s Edition with a
second 21-track disc of rarities including alternate takes, demos, previously unreleased songs, mixes, and live recordings of classic R.E.M. The DVD, When the Light Is Mine The Best of the I.R.S. Years 1982-1987 Video Collection, includes the music videos from Chronic Town through Document, as well as live television performances and James Herbertâs short film, Left of Reckoning. DVD extras feature early interviews and rare acoustic performances.

Bertis Downs had the following to say about the upcoming release: “This will be a noteworthy package of R.E.M.âs early years, which a lot of people donât know very well. The guys themselves picked the songs to be included and sequenced the records, had some fun with the liner notes, and Michael and Chris coordinated on a lot of key aspects of the package (actually all key aspects of the package). As for âWhy Now?â Well, for one thing, there has never been a real great retrospective of the 5 year/5 album period of R.E.M.âs history known as the I.R.S. years. For another, after 25 years (or 26 but whoâs counting?), a recognition of the specialness of these recordings seemed a fine and appropriate thing, and we figured if the band and HQ staff here in Athens had some input, the world would end up with a package that truly has âsomething for everybody.â For the R.E.M. aficionado, there are some surprises and true rarities here that are sure to delight and amuse; for the uninitiated, or those who first came into the R.E.M. world during Stand or Losing My Religion or Daysleeper or Imitation of Life or Bad Day or Leaving New York, whether by factors of geography, or age, or siblings, or whatever reason, this is a good history lesson on the days of yore when the band first started out and were writing sometimes 2-3 songs a day, many of which became classics, and some of which were lost in the mists of tape and time and vault. Soâ¦with those sorts of considerations as the guiding lights and impetus, Berry, Buck, Mills, Stipe and the rest of us are pleased to participate in this exercise of re-releasing the âhitsâ of their early years, accompanied by some great things that we had forgotten about, if we ever remembered them in the first place: And I Feel Fineâ¦ the Best of the I.R.S. Years 1982- 1987. The bonus disc is especially chock full of material for the experienced, discerning fan and the newcomer alike.”