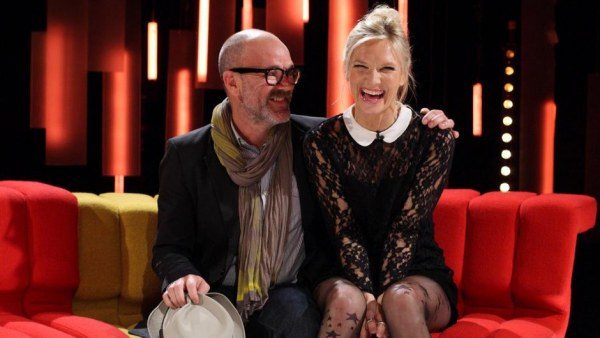 Watch Michael’s interview with Jo Whiley in its entirety (44:55) as shown on Sky Arts HD HERE..

The elder statesman of rock Michael Stipe, former frontman of R.E.M, popped down to The Jo Whiley Music Show studios to talk exclusively about the bands shock break-up, what he plans to do next, and to celebrate the band’s illustrious career.

In a real moment of reflection, Michael looks back on their success and tells Jo Whiley about when they decided it was time to finish. And we find out how he felt the day the life-changing announcement was made.