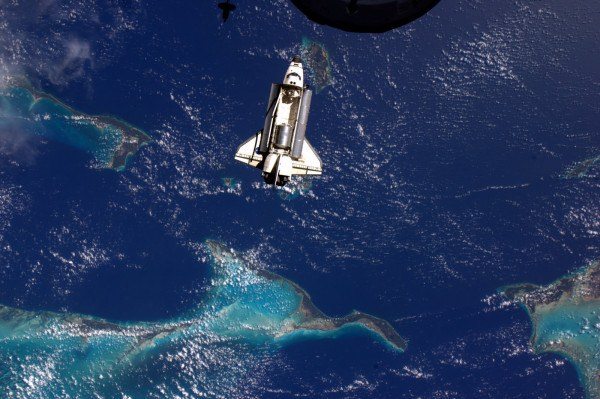 We’re now a full week on from the release of the 25th Anniversary Deluxe edition of R.E.M.’s seminal 1986 album Lifes Rich Pageant, and the reviews are still coming in; here’s a quick roundup of the latest LRP reviews along with some other R.E.M.-related happenings.

Pick up a copy at Amazon.com or at iTunes.

Last week, Michael’s wake-up message to the astronauts of Space Shuttle Atlantis received international coverage. The band was chosen by NASA (along with Elton John, Paul McCartney, and Beyonce) to deliver a personalized message to the space crew who are on their final mission. Listen to audio of Michael’s message, “Man on the Moon,” and the astronauts’ response:

Here’s a link to the original article on HQ and some media coverage follows below:

Our friend Laura Levine has a solo show of her fabulous photographs at the Steven Kasher Gallery in Chelsea beginning this week; the exhibit runs July 21 – August 19, and Includes one photo of R.E.M. and another one Laura describes as her personal favorite of the portraits she has done of Michael.

Here’s the link to the press release on the gallery website, as well as a link to all the images in the show and a mention in the Guardian. Be sure to stop by and see the photos in person if you’re in the area.

Summer gallery hours are Monday through Friday, 11am to 6pm.

Thanks to Murmurs.com for posting this article on the 30th anniversary of the Hib-Tone single for Radio Free Europe over at stereogum.com.

DECEMBERISTS TALK ABOUT MUSIC AND R.E.M.

The Decemberist’s multi-instrumentalist Chris Funk recently spoke to Chart Attack about the Portland band’s recording sessions for their latest release The King is Dead which includes a guest appearance by Peter Buck. Visit Chartattack.com to read the article.