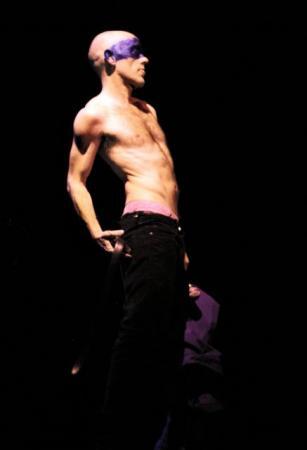 When we had to cancel the shows due to Mike Mills’ illness back in February, we were lucky to have a break planned for this week so that we could slot in the Glasgow makeup and the Sheffield makeup; the only problem in Glasgow was the unavailability of the S.E.C.C. Arena (due to last nightâs Motley Crue show), so we were able to move to a tent on Glasgow Green in the center of town. That was fine, except for the cold and the rainâ¦I guess it was a fairly typical summer evening in Scotland, and we were making up a February show after all–the band had a blast in one of those against all odds kinds of nightsâ¦ everything was cold and damp and wet underfoot and the big top was a fairly leaky one, including some directly on the stage. It was mild compared to Rock Am Ring a week before and the guys played to one of the loudest crowds on the tour; it sounded like Cape Town or Belgrade…that loud!

And today felt like Groundhog Day…back to Sheffield: to the same arena, the same catering room, production office, dressing rooms, and this time we got to do a show! And what a show it was–the fans got another great support artist: Richard Hawley, and a cracking R.E.M. set including these 3 chestnuts in the encore: Perfect Circle, Rockville (which Mike dedicated to the medical people who looked after him last time in town) and Nightswimming.