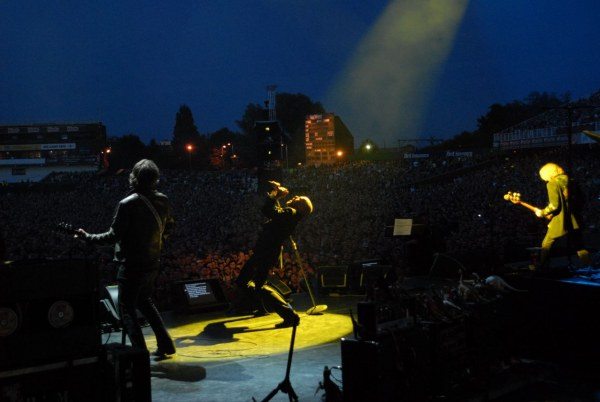 We are very pleased to announce that the band has added ten new Fall dates in South America to their ongoing world tour. In addition to previously announced dates in Dallas, New Orleans, and Mexico City, R.E.M. will now take their tour in support of Accelerate to Colombia, Argentina, Chile, Brazil, Peru, and Venezuela in October and November. This will mark the band’s second trip to South America. In 2001, R.E.M. played for an estimated 175,000 fans at Rock in Rio (their largest crowd to date) as well as Buenos Aires.

The fall schedule, with new South American dates, is as follows:

Tickets for select shows–Bogota and Santiago–go on sale next week. Fan Club members and Online Fan Community members eligible for the sale will be notified of ticket details Monday. The remainder of the shows will be on sale very soon so please stay tuned to remhq.com for breaking news.